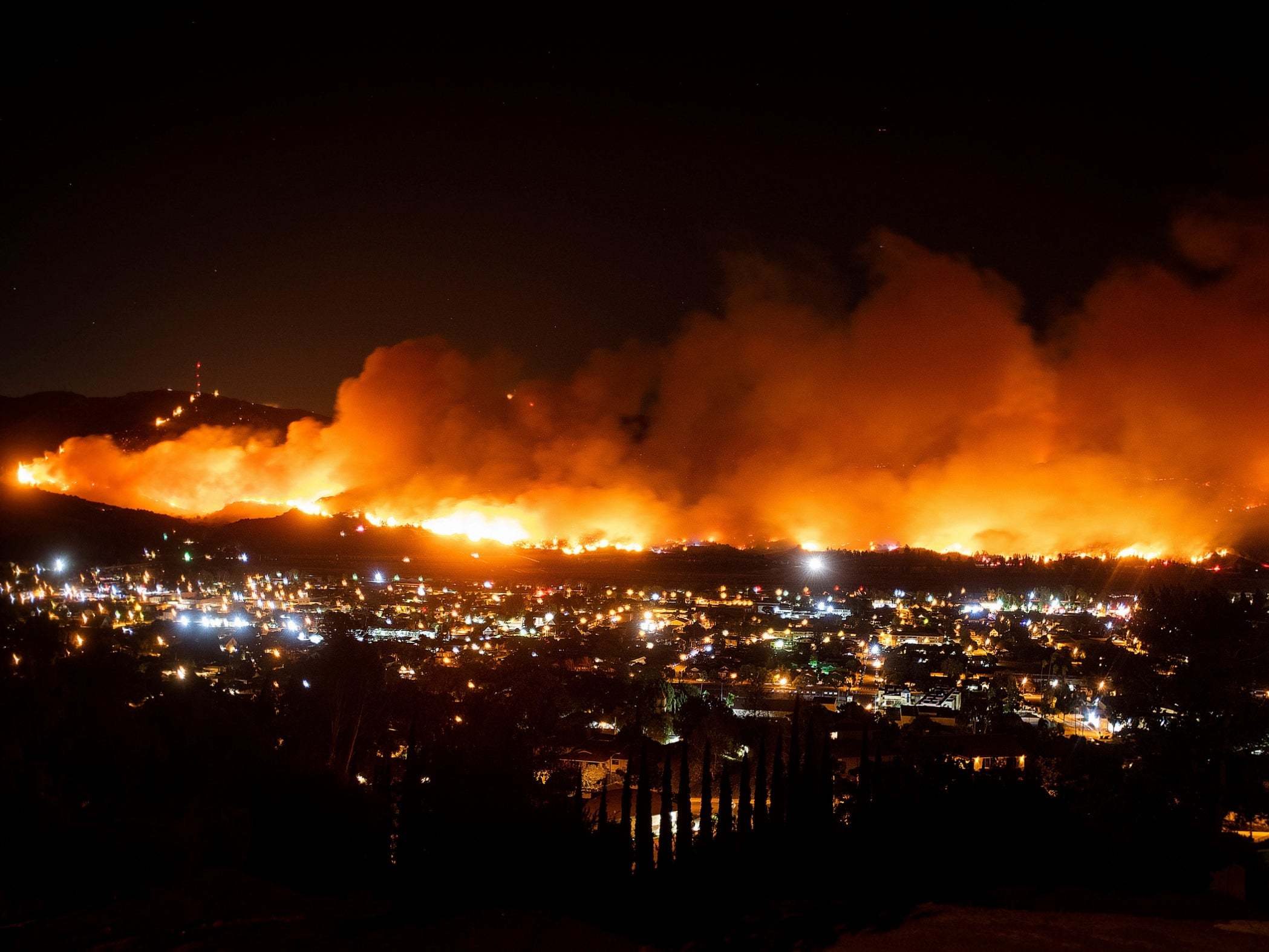 The UK’s Met Office predicted 2020 would see one of the largest annual jumps of carbon dioxide in the atmosphere since records began, with the raging bushfires blamed for up to a fifth of the increase.

Fossil fuel burning and changes in land use are also driving the rise and worsening global warming, the meteorological agency said in its yearly forecast of carbon concentration, which has been measured at the Mauna Loa observatory in Hawaii since 1958.

The level of CO₂ in the atmosphere is expected to peak at 417 parts per million (ppm) in May, before settling at an average of 414ppm — an increase of 2.74ppm from last year.

As well as pumping carbon emissions into the atmosphere, the wildfires are burning vegetation, which would otherwise act as a “sink” to soak up CO₂.

More than 24 million acres of land have been destroyed as the blazes have raged across New South Wales and Victoria since September, and the extreme scale of the fires means regrowth of plants will be slower than usual.

Professor Richard Betts, of the Met Office’s Hadley Centre for climate change research, said: “Although the series of annual levels of CO₂ have always seen a year-on-year increase since 1958, driven by fossil fuel burning and deforestation, the rate of rise isn’t perfectly even, because there are fluctuations in the response of ecosystem carbon sinks, especially tropical forests. Overall these are expected to be weaker than normal for a second year running.”

If the Met Office’s forecast is accurate, the CO₂ rise in 2020 would be the fourth highest since records began. The larger previous increases in 1998, 2016 and 2019 were all linked to warmer temperatures caused by the El Nino climate cycle, according to the Met Office.

The uptake of carbon dioxide by land ecosystems is known to be affected by weather patterns linked to year-by-year swings in Pacific Ocean temperatures.

In years with a warmer tropical Pacific, many regions become hotter and drier, limiting the ability of plants to grow and absorb CO₂ and increasing the risk of wildfires. The Met Office said this, along with other weather patterns and human-induced global warming, contributed to the hot, dry weather that has fuelled Australia’s most devastating bushfires in decades.

Professor Betts added: “The success of our previous forecasts has shown that the year-to-year variability in the rate of rise of CO₂ in the atmosphere is affected more by the strength of ecosystem carbon sinks and sources than year-to-year changes in human-induced emissions. Nevertheless, the anthropogenic emissions are still the overall driver of the long-term rise in concentrations.”

Australia’s wildfires have killed at least 33 people, destroyed thousands of homes, and burned to death millions of animals.

The devastating blazes could become “normal” if global temperatures rise as projected between 3C and 5C this century, the Met Office warned earlier this month.

Environmentalist, Futurist, Lightworker, Wannabe naturalist. The way we are treating our world and environment is not going to end well! We need to change course NOW.
Previous Human-wildlife conflict threatens protected reserves in East Africa
Next Climate change is a medical emergency