Thousands of Americans are dying, millions have filed for unemployment, and frontline health care workers are risking their lives as the coronavirus pandemic sweeps across the U.S.

In the midst of this crisis, the fossil fuel industry, particularly the oil and gas sector, has been actively seeking both financial relief and deregulation or dismantling of environmental protection measures.

A new briefing by UK-based think tank InfluenceMap summarizes this fossil fuel lobbying during the time of the pandemic, pointing to specific examples of how fossil fuel interests around the world are using the cover of the coronavirus crisis to advance their agenda.

InfluenceMap, which tracks and measures corporate influence over climate policy, focused on recent corporate lobbying for both financial interventions and relating to climate or energy regulations.

“The oil and gas sector appears to be the most active globally in the above two lobbying areas, demanding both financial support and deregulation in response to the COVID-19 crisis,” the report states.

In the U.S., the top oil and gas producer in the world, this activity has been particularly pronounced. While the oil and gas sector is struggling amid plummeting prices and demand, the struggle is due to factors far beyond the pandemic, and mostly of the industry’s own making.

Many shale companies had amassed large debts that allowed them to rapidly spend and expand production, for example. And the oil and gas giant ExxonMobil’s stock hit a 10-year low in late January, and a 15-year low by March 5, before the pandemic reached a crisis point in the U.S.

Nevertheless, the Trump administration and Republican lawmakers have looked to use the COVID-19 crisis as an excuse to shore up the petroleum producers.

In mid-March, the President announced his intention to buy up crude oil to fill the government’s Strategic Petroleum Reserve, which Democrats and climate advocates slammed as a reckless bailout of Big Oil.

Republicans in Congress tried unsuccessfully to give away $3 billion in the recent economic stimulus package to fund that emergency oil stock-up, but the package still contains nearly $500 billion for broad corporate interests with little oversight that oil companies will likely look to access.

Senator Lisa Murkowski (R-AK), chair of the Senate Committee on Energy and Natural Resources, sent a letter on April 1 to Treasury Secretary Steve Mnuchin urging him to use the CARES Act stimulus funds to support oil and gas companies.

The rapidly declining coal industry, with many companies already bankrupt, has likewise turned to the government for financial assistance.

The National Mining Association wrote to President Trump and Congress asking to suspend royalties and fees, including payments that support victims of black lung disease. Congress did not include the trade group’s requests in the stimulus package, but the group has said it will continue to make its demands.

Beyond seeking their own financial relief through the government’s coronavirus response, fossil fuel interests are using front groups to push back against attempts to include clean energy or climate-related measures in the economic relief bills.

“U.S.-based think tanks linked to fossil fuel-based interests such as [the] Koch brothers have been active in opposing support for green energy programs in the U.S. federal government’s response to the crisis,” InfluenceMap said in a emailed statement.

The InfluenceMap briefing cites a new project of the Texas Public Policy Foundation (TPPF) called Life:Powered, which promotes fossil fuels and was originally launched under the name “Fueling Freedom” in 2015 “to combat the Obama-era Clean Power Plan.”

A coalition of over two dozen right-wing, free market think tanks, led by TPPF and the Competitive Enterprise Institute, sent a letter to Congress on March 23 under the umbrella of the Life:Powered project urging lawmakers to reject any incentives or support for “unreliable ‘green’ energy” in the latest stimulus package.

The letter includes several false claims about renewable energy and argues, “climate change is not an immediate threat to humanity.”

Some of these same conservative free market groups, members of the State Policy Network, have been buying ads on social media attacking efforts to use the COVID-19 economic relief efforts to also address climate change, which medical experts have said poses “unprecedented threats to public health and safety.”

A Facebook ad from Life:Powered and the Texas Public Policy Foundation, promoting a petition in favor of the U.S. oil industry.

Deregulation is another form of assistance the oil and gas industry has pursued. And whether by weakening existing climate policies like Obama-era clean car standards or waiving environmental compliance requirements, the Trump administration has granted much on the industry’s wish list.

Outside the U.S., corporate interests including oil and gas have also used the pandemic to lobby for their agendas, which run counter to the Paris climate agreement and actions necessary to address climate change. Examples cited in the InfluenceMap briefing include:

President Trump is scheduled to hold an in-person meeting Friday, April 3 with the heads of leading oil and gas companies to discuss their concerns, such as the Russia-Saudi Arabia oil price war and depressed demand as a result of the pandemic response.

According to Greenpeace USA, the executives expected to meet with Trump personally earned at least a combined $100 million in 2018 alone between salaries, bonuses, stock options, and other compensation.

In honor of the Oil CEOs who are going to the White House to beg Trump for corporate bailouts, here’s a running list of terrible things the fossil fuel industry has been doing during the #COVID19Pandemic

“Where the rest of the world sees a global health and economic crisis, fossil fuel CEOs see an opportunity to line their pockets,” Greenpeace USA Climate Campaign Director Janet Redman said in a statement.

“We cannot let our government’s response to the COVID-19 pandemic be driven by corporate executives looking to exploit a crisis for their own gain instead of supporting health care providers and working families.

Dana Drugmand writes for DeSmog.UK, where this article first appeared.

Environmentalist, Futurist, Lightworker, Wannabe naturalist. The way we are treating our world and environment is not going to end well! We need to change course NOW.
Previous Every cigarette pollutes 7 liters of ground water. Imagine these boxes with diff…
Next DCC votes to declare ''climate emergency'' 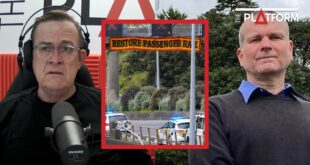 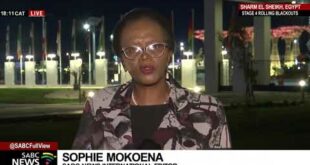 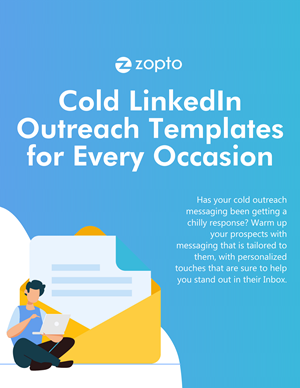