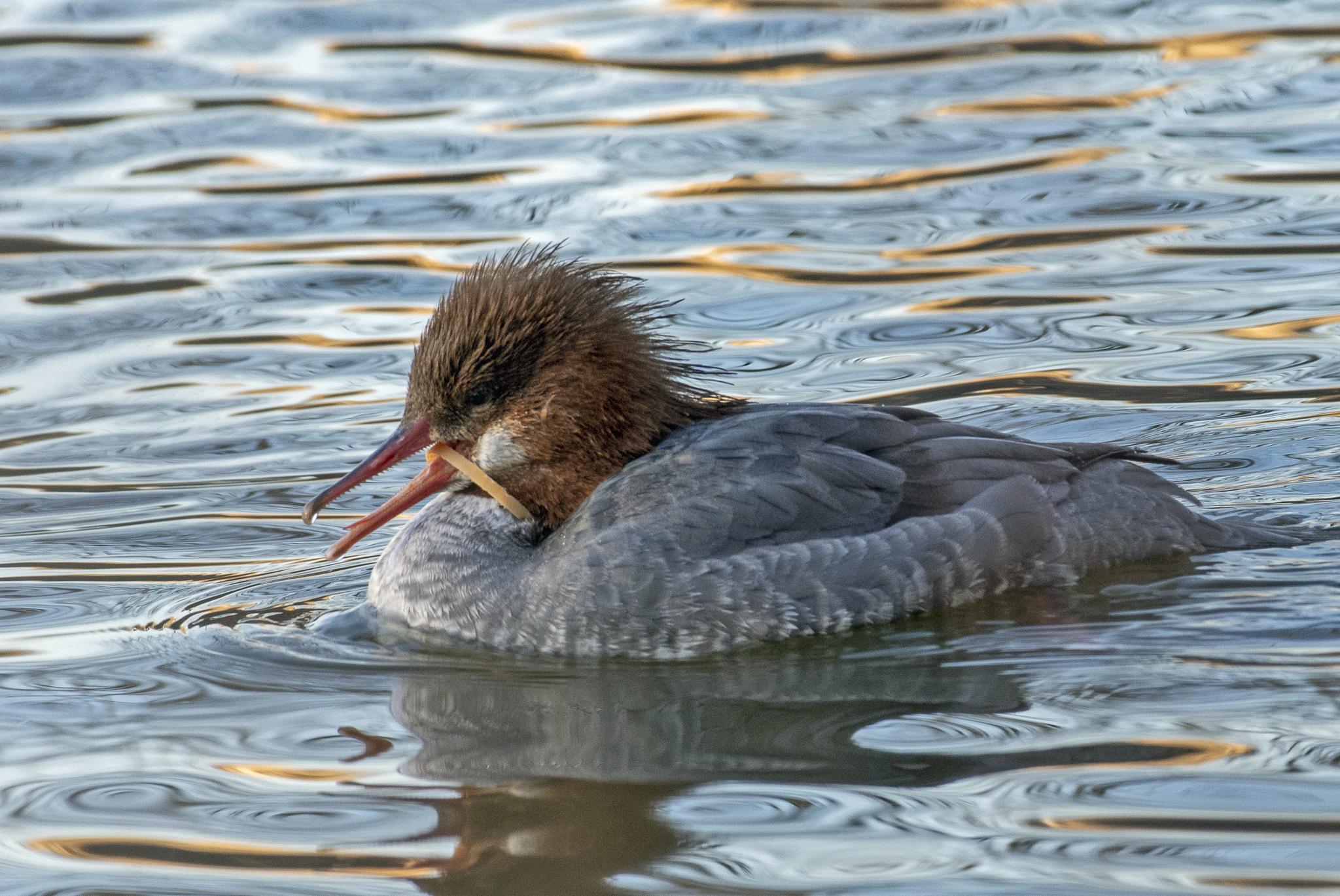 Initially, birdwatchers in New York’s Central Park rejoiced at the rare sighting of a common merganser, an elegant-looking duck with a regal auburn crest.

But as photos of the duck spread quickly on social media, so did concern: a piece of discarded plastic appeared jammed in the duck’s distinctive narrow bill, preventing it from feeding.

“It showed behaviour indicative of it not being well, of it being starved,” said David Barrett, a Manhattan twitcher who has been monitoring the duck. On Thursday, he posted some of the first photos of it.

New York City’s Parks Department became so concerned for the duck that it began putting together a rescue plan.

On Monday, the agency said it would send park rangers onto Central Park Lake in kayaks to rescue the duck during its rare visit to New York. A common merganser may only be seen in the city perhaps once a year during migratory travels north.

The Parks Department’s efforts came after failed rescue missions over the weekend by several birdwatchers who were concerned that the plastic was preventing the duck from diving for food.

“It can’t close its throat, so when it dives, water rushes in and prevents it from feeding,” said Bradley Kane, a bird photographer in Manhattan whose close-up photos of the duck on Twitter on Saturday clearly showed the plastic problem. “It’s a wild bird — it’s not going to take bread from strangers.”

Mr Barrett said that the duck was likely getting progressively weaker from not eating.

Central Park is one of the best birdwatching sites in the country. Birds can become social media sensations within hours, as with the famous mandarin duck, and the red-tailed hawk known as Pale Male.

For New York City twitchers, the duck seemed to illustrate the specifics of a global problem. Many disturbing accounts exist of whales, dolphins, sea turtles and other sea creatures dying after ingesting plastic bags and other debris.

There was the sperm whale that washed up on a Scottish beach in December with more than 100kg of netting, rope and plastic in its stomach. There was the 2015 viral video showing scientists in Costa Rica laboriously removing a plastic straw from a sea turtle’s nostril.

With the increasing awareness of plastics in our oceans, including huge expanses of discarded items hundreds of miles wide, here was the issue writ small: A rare visitor to the park was starving to death because of a piece of discarded plastic.

“I hope it gets rescued and that word gets out about plastic being a problem,” said Mr Barrett.

Rita McMahon, director of the Wild Bird Fund, a wildlife veterinary center in Manhattan’s Upper West Side district, said it was not uncommon to see ailing rare birds touching down in Central Park after running foul of fishing line or other discarded items.

Ms McMahon said it was unclear where the duck encountered the plastic ring, adding: “Whether it happened here or elsewhere, it’s in trouble.”

The duck has remained around the lake since Thursday, said Mr Barrett, who tried in vain on Sunday to approach the duck to remove the plastic.

Common mergansers spend the colder months in the US south and tend to fly to northern states and Canada around this time of year, Mr Barrett said.

The attention, he said, “is not good for the bird, but one benefit from it being in the most visible park in world, it’s going to raise attention”.

Environmentalist, Futurist, Lightworker, Wannabe naturalist. The way we are treating our world and environment is not going to end well! We need to change course NOW.
Previous Solving the added CO2 problem by 2030, 2040 or 2050 requires a new global en…
Next Adam Bandt: "It's time to tell the truth: we're in a climate emergency"