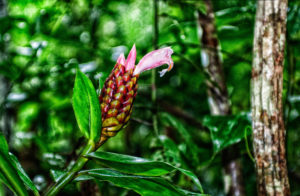 While the world’s attention is focused on controlling COVID-19, evidence points at the biodiversity crisis as a leading factor in its emergence. At first glance, the two issues might seem unrelated, but disease outbreaks and degraded ecosystems are deeply connected. Frédéric Baudron, systems agronomist at the International Maize and Wheat Improvement Center (CIMMYT) and Florian Liégeois, virologist at the Institut de Recherche pour le Développement (IRD) share their insights on the current COVID-19 crisis and the link between biodiversity loss and emerging infectious diseases.

What trends are we seeing with infectious diseases like COVID-19?

We see that outbreaks of infectious diseases are becoming more frequent, even when we account for the so-called “reporting bias”: surveillance of such events becoming better with time and surveillance being better funded in the North than in the South.

60% of infectious diseases are zoonotic, meaning that they are spread from animals to humans and 72% of these zoonoses originate from wildlife. COVID-19 is just the last in a long list of zoonoses originating from wildlife. Other recent outbreaks include SARS, Ebola, avian influenza and swine influenza. As human activities continue to disturb ecosystems worldwide, we are likely to see more pathogens crossing from wildlife to humans in the future. This should serve as a call to better manage our relationship with nature in general, and wildlife in particular. 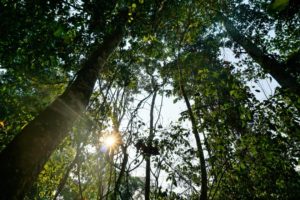 Why are we seeing more cases of diseases crossing from animals to humans? Where are they coming from?

Evidence points to bushmeat trade and consumption as the likely driver for the emergence of COVID-19. The emergence of SARS and Ebola was also driven by bushmeat consumption and trade. However, when looking at past outbreaks of zoonoses caused by a pathogen with a wildlife origin, land use changes, generally due to changes in agricultural practices, has been the leading driver.

Pathogens tends to emerge in well known “disease hotspots,” which tend to be areas where high wildlife biodiversity overlaps with high population density. These hotspots also tend to be at lower latitude. Interestingly, many of these are located in regions where CIMMYT’s activities are concentrated: Central America, East Africa and South Asia. This, in addition to the fact that agricultural changes are a major driver of the emergence of zoonoses, means that CIMMYT researchers may have a role to play in preventing the next global pandemic.

How exactly does biodiversity loss and land use change cause an increase in zoonotic diseases?

There are at least three mechanisms at play. First, increased contact between wildlife and humans and their livestock because of encroachment in ecosystems. Second, selection of wildlife species most able to infect humans and/or their livestock — often rodents and bats — because they thrive in human-dominated landscapes. Third, more pathogens being carried by these surviving wildlife species in simplified ecosystems. Pathogens tend to be “diluted” in complex, undisturbed, ecosystems.

The fast increase in the population of humans and their livestock means that they are interacting more and more frequently with wildlife species and the pathogens they carry. Today, 7.8 billion humans exploit almost each and every ecosystem of the planet. Livestock have followed humans in most of these ecosystems and are now far more numerous than wild vertebrates: there are 4.7 billion cattle, pigs, sheep and goats and 23.7 billion chickens on Earth! We live on an increasingly “cultivated planet,” with new species assemblages and new opportunities for pathogens to move from one species to another. 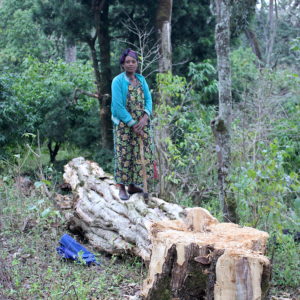 Smallholders clear forests for agriculture, but they also have an impact on forests through livestock grazing and fuelwood harvesting, as on this picture in Munesa forest, Ethiopia. Image: Frederic Baudron / CIMMYT

Wildlife trade and bushmeat consumption have received a lot of attention as primary causes of the spread of these viruses. Why has there been so little discussion on the connection with biodiversity loss?

The problem of biodiversity loss as a driver of the emergence of zoonoses is a complex one: it doesn’t have a simple solution, such as banning wet markets in China. It’s difficult to communicate this issue effectively to the public. It’s easy to find support for ending bushmeat trade and consumption because it’s easy for the public to understand how these can lead to the emergence of zoonoses, and sources of bushmeat include emblematic species with public appeal, like apes and pangolins. Bushmeat trafficking and consumption also gives the public an easy way to shift the blame: this is a local, rather than global, issue and for most of us, a distant one.

Agriculture is a major cause of land use change and biodiversity loss. What can farmers do to preserve biodiversity, without losing out on crop yields?

Farming practices that reduce the impact of agriculture on biodiversity are well known and form the foundation of sustainable intensification, for which CIMMYT has an entire program. A better question might be what we can do collectively to support them in doing so. Supportive policies, like replacing subsidies by incentives that promote sustainable intensification, and supportive markets, for example using certification and labeling, are part of the solution.

But these measures are likely to be insufficient alone, as a large share of the global food doesn’t enter the market, but is rather consumed by the small-scale family farmers who produce it. 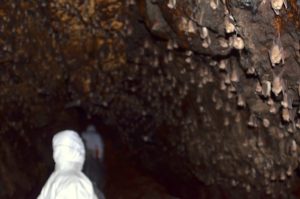 Reducing the negative impact of food production on biodiversity is likely to require a global, concerted effort similar to the Paris Agreements for climate. As the COVID-19 pandemic is shocking the world, strong measures are likely to be taken globally to avoid the next pandemic. There is a risk that some of these measures will go too far and end up threatening rural livelihoods, especially the most vulnerable ones. For example, recommending “land sparing” — segregating human activities from nature by maximizing yield on areas as small as possible — is tempting to reduce the possibility of pathogen spillover from wildlife species to humans and livestock. But food production depends on ecosystem services supported by biodiversity, like soil fertility maintenance, pest control and pollination. These services are particularly important for small-scale family farmers who tend to use few external inputs.

How can we prevent pandemics like COVID-19 from happening again in the future?

There is little doubt that new pathogens will emerge. First and foremost, we need to be able to control emerging infectious diseases as early as possible. This requires increased investment in disease surveillance and in the health systems of the countries where the next infectious disease is most likely to emerge. In parallel, we also need to reduce the frequency of these outbreaks by conserving and restoring biodiversity globally, most crucially in disease hotspots.

Farming tends to be a major driver of biodiversity loss in these areas but is also a main source of livelihoods. The burden of reducing the impact of agriculture on biodiversity in disease hotspots cannot be left to local farmers, who tend to be poor small-scale farmers: it will have to be shared with the rest of us.

Environmentalist, Futurist, Lightworker, Wannabe naturalist. The way we are treating our world and environment is not going to end well! We need to change course NOW.
Previous Global Warming & Climate Change on Long Island
Next Catherine Climate Change ORISE