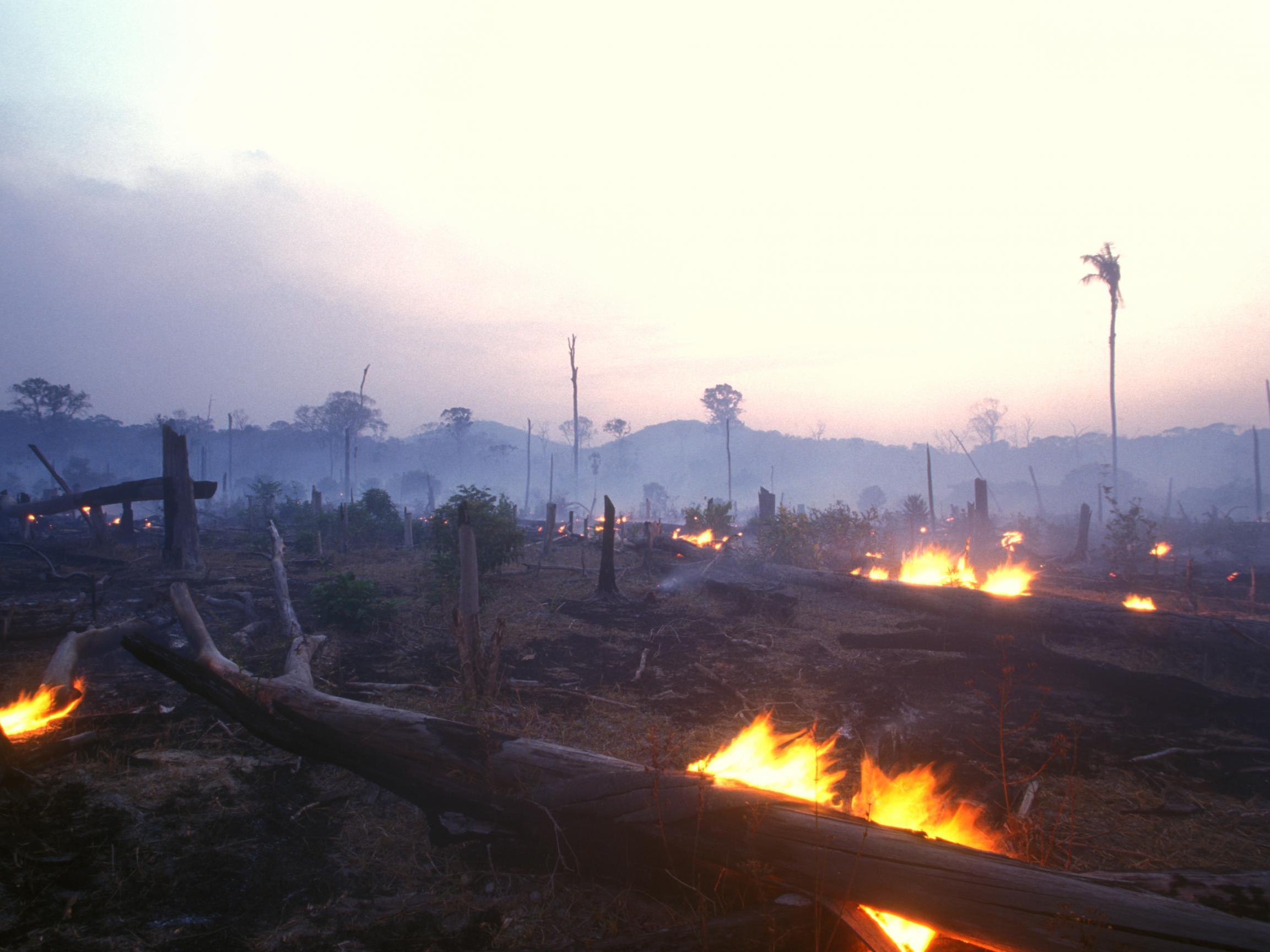 The ability of the world’s tropical forests to remove carbon dioxide from the atmosphere is decreasing, according to a study tracking 300,000 trees over 30 years.

A global research team, led by the University of Leeds, say they fear the world’s remaining undisturbed tropical forests may have already begun to switch from being a major carbon sink, to eventually becoming an overall source of carbon.

Currently, tropical forests are well-known as a vital carbon absorber, slowing climate change by removing carbon dioxide from the atmosphere and storing it in trees, a process known as carbon sequestration.

But impacts such as droughts and high temperatures, which can slow growth and kill trees could mean the forests become net sources of CO2.

Without carbon sequestration continuing, the impact on greenhouse gases in the atmosphere could be devastating, the researchers warn.

Senior author Professor Simon Lewis, from the School of Geography at Leeds said: “One big concern for the future of humanity is when carbon-cycle feedbacks really kick in, with nature switching from slowing climate change to accelerating it.

“After years of work deep in the Congo and Amazon rainforests we’ve found that one of the most worrying impacts of climate change has already begun. This is decades ahead of even the most pessimistic climate models.”

The new analysis of three decades of tree growth and death from 565 undisturbed tropical forests across Africa and the Amazon found the overall uptake of carbon into the Earth’s intact tropical forests hit its peak in the 1990s.

By the 2010s, on average, the ability of a tropical forest to absorb carbon had dropped by one-third.

This switch is largely driven by carbon losses from trees dying, the researchers said.

The study by almost 100 institutions provides the first large-scale evidence that carbon uptake by the world’s tropical forests has already started a worrying downward trend.

Lead author of the study, Dr Wannes Hubau said: “We show that peak carbon uptake into intact tropical forests occurred in the 1990s.

“By combining data from Africa and the Amazon we began to understand why these forests are changing, with carbon dioxide levels, temperature, drought, and forest dynamics being key.”

“Extra carbon dioxide boosts tree growth, but every year this effect is being increasingly countered by the negative impacts of higher temperatures and droughts which slow growth and can kill trees.”

He added: “Our modelling of these factors shows a long-term future decline in the African sink and that the Amazonian sink will continue to rapidly weaken, which we predict to become a carbon source in the mid-2030s.”

The study found that in the 1990s intact tropical forests removed roughly 46 billion tonnes of carbon dioxide from the atmosphere, but this had plummeted to only around 25 billion tonnes in the 2010s.

The lost capacity of the 2010s compared to the 1990s represents 21 billion tonnes of carbon dioxide, equivalent to a decade of fossil fuel emissions from the UK, Germany, France and Canada combined.

Overall, intact tropical forests removed 17 per cent of human-made carbon dioxide emissions in the 1990s, but that fell to just 6 per cent in the 2010s.

This decline is because these forests were 33 per cent less able to absorb carbon and the area of intact forest declined by 19 per cent, while global carbon dioxide emissions soared by 46 per cent.

But the research team said there is still time to act to prevent the feedback loop gaining momentum if humanity acts now to reduce emissions.

Professor Lewis said: “Intact tropical forests remain a vital carbon sink but this research reveals that unless policies are put in place to stabilise Earth’s climate it is only a matter of time until they are no longer able to sequester carbon.

“There is no time to lose in terms of tackling climate change.”

In order to calculate changes in carbon storage over the decades the scientists measured the diameter and estimated the height of every individual tree in 565 patches of forest, returning every few years to re-measure them.

By calculating the carbon stored in the trees that survived and those that died, the researchers tracked the changes in carbon storage over time.

After the final re-measurement, the study authors used a statistical model and trends in carbon dioxide emissions, temperature and rainfall to estimate changes in forest carbon storage until 2040.

By combining data from two large research networks of forests observations across Africa and Amazonia, the authors show the Amazon sink began weakening first, starting in the mid-1990s, followed by a similar weakening of the African sink about 15 years later.

The continental difference arises from a combination of Amazon forests being more dynamic than those in Africa, and Amazon forests facing stronger climate impacts, the researchers said.

Dr Hubau, Professor Lewis and their colleagues have spent years travelling to numerous remote field sites, including spending a week in a dug-out canoe to reach Salonga National Park in central Democratic Republic of Congo.

Dr Hubau said: “The ability of forests to slow climate change is a crucial element of understanding how the Earth system functions – particularly how much carbon is absorbed by the Earth and how much is released into the atmosphere.

“Continued on-the-ground monitoring of intact tropical forests is required to track the effects of accelerating environmental change. We need this more than ever, as our planet’s last great tropical forests are threatened as never before.”

The authors also highlight that tropical forests are still huge reservoirs of carbon, storing 250 billion tonnes of carbon in their trees alone. This storage is equivalent to 90 years of global fossil fuel emissions at today’s level.

Study author Professor Bonaventure Sonke from the University of Yaounde I in Cameroon said: “The speed and magnitude of change in these forests suggests that climate impacts in the tropics may become more severe than predicted.

“African countries and the international community will need to seriously invest in preparation for ongoing climate change impacts in tropical regions.”

As tropical forests are likely to sequester less carbon than predicted, carbon budgets and emissions targets may need reassessing to account for this.

“In addition, stabilising Earth’s climate is necessary to stabilise the carbon balance of intact tropical forests. By driving carbon dioxide emissions to net-zero even faster than currently envisaged, it would be possible to avoid intact tropical forests becoming a large source of carbon to the atmosphere. But that window of possibility is closing fast.”

The paper “Asynchronous Carbon Sink Saturation in African and Amazonian Tropical Forests” is published in the journal Nature.

Environmentalist, Futurist, Lightworker, Wannabe naturalist. The way we are treating our world and environment is not going to end well! We need to change course NOW.
Previous Vaccines caused the Corona virus. China knew of Coronavirus 7/24/19.
Next Professor Jordan Peterson on climate change and climate policy at the Cambridge Union